You are here: Home / Articles / High Asset Divorce in Georgia 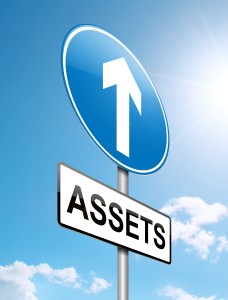 There are many different issues that a person may face when going through a divorce, but the division of property is one that likely is a factor in every case.  When there are many assets, the termination of a marriage may become very complicated, very quickly.  The State of Georgia is an equitable distribution state, which means that the property that the couple accumulated during the marriage will be split fairly between the spouses.  This does not necessarily mean equally, as many factors will be considered in determining the share to which each party is entitled.  There are a number of different ways in which the division process may become contentious, including how property will be characterized, how the value will be set, and how it will be distributed.  This is one of the reasons why people with significant assets generally choose to rely on the assistance of an attorney rather than handling the divorce on their own.

A divorce when the couple is considered high net worth also may be complicated by the fact that there may be pre-nuptial or post-nuptial agreements that dictate how property may be distributed.  Depending on the circumstances under which the agreement was entered, it may be possible to challenge the enforceability of the agreement.

The Complexities of a High Asset Marriage Dissolution

One of the first things that a couple thinks about when deciding to get a divorce is who gets what.  There often are complicating factors, such as property that was brought into the marriage by each person, items that were obtained during the marriage using pre-marital assets, inheritances, investment properties, and even small businesses.  In addition, there must be a comprehensive valuation of the assets in order to ensure fairness.  All of these different matters create a complex situation.

One of the biggest disputes may involve what property is considered separate.  The general categories of separate or pre-marital property include:

In addition to the division of assets, there will be an assignment of debt.  Depending on how the parties accumulated property throughout the marriage, this could mean that there is a significant amount of loans or other forms of debt that must be divided.

There are many documents that are part of a high asset divorce and that must be carefully considered in order to be certain that all marital assets are part of the distribution of property analysis.  Records that must be obtained and reviewed include:

In situations where a couple owns, in whole or in part, a business, there are a number of considerations that impact how the business will be treated.  One important issue is the investment of one person’s time and effort, as well as the use of separate, pre-marital assets to launch or sustain the business.  Some of the analyses that must be done include valuing the company, determining whether one spouse wants to keep and operate the company, and managing the practicalities of either transferring interests or selling the business.

One of the final things that may be an issue in a divorce where there are significant assets to be divided is ensuring that all property is brought to the bargaining table.  There are many ways to hide assets, including transferring property to friends, opening bank accounts in foreign countries, or having family members sell items and hold the proceeds until after the divorce has been finalized.  It is important to have an attorney who understands how to track down assets that are being intentionally concealed by the other party.  In addition, the use of a financial expert or forensic accountant may be necessary to track the flow of funds in order to determine when there are inconsistencies that could support a determination that there was a misappropriation of marital assets.

The idea of seeking a divorce often leads to a very emotional response.  It is important to obtain the objective opinion of an experienced Georgia divorce attorney in order to understand your rights and interests, especially if there are significant assets that will have to be divided during the marriage dissolution process.  If you are contemplating divorce in the Roswell or Alpharetta area, contact the experienced divorce attorneys at Charlton & Glover.  Call us at (770) 993-1005 to schedule a free initial consultation.