You are here: Home / Articles / Inherited Assets in Divorce 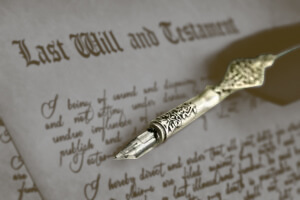 Inherited Assets in a Divorce

When the majority of couples get married, they do not expect to get a divorce in the future.  However, divorce can happen and when it does, questions sometimes come up as to whether one may claim rights to his or her spouse’s inheritance that was acquired during the marriage.  As an example, a person’s grandmother passes and leaves that person the assets to her estate in her will.  There was no mention of the spouse, although she was aware of the marriage.  This would be considered an inheritance acquired during the marriage.

If you are in a similar situation, what you do with the assets upon receipt may influence whether you’ll have to part with a portion of those assets upon divorce.

Examples of Inheritance During Marriage

By law, inheritances are not considered marital property, so inheritances are generally not subject to equitable distribution.  Inheritances are treated as separate property that belongs to the person who received the inheritance, and as such may not be divided between the petitioner or the respondent in a divorce case.

State laws vary greatly, and they will determine how inheritances are treated once they are shared.  Enter the concept of commingling.

As an example, say that the person’s inheritance is deposited into a joint bank account and that the couple uses it for joint marital expenses.  In this example, the inheritance loses its immunity.  Similarly, if they use the inheritance to make improvements to their primary residence, it could also lose immunity.

Comingling is significant – and could make inheritance subject to division upon divorce.

It is common to have spouses that enter into a marriage with wealth of their own, by inheritance or some other means of acquisition.  Your particular state laws will determine how an inheritance acquired before the marriage might be treated regarding a divorce.

The simplest way to prevent commingling and safeguard pre-marital assets is through a prenuptial agreement.  These agreements define who gets what in the event of a divorce.  They are typically upheld, regardless of whether spouses commingled their property.

Is it possible to prevent a spouse from getting half of the inheritance, even if commingling has occurred?

As a rule, the commingling of funds converts the assets into marital property.  However, some courts hold that only a portion, or none, of the commingled funds may remain separate property IF the party can demonstrate that the funds were never intended to be shared.

You need to know that there is a very high burden of proof contesting the presumption of shared funds.  If you wish to contest the sharing of an inheritance, you will likely need the advice of an experienced family law attorney in your area that can best handle these types of issues.

If you would like to know more about how a divorce will affect your inheritance, the experienced divorce attorneys at Charlton & Glover are ready to help you. Call us at (770) 993-1005 to schedule an initial consultation.

"The best lawyers EVER!!! If you need anything these are the folks to go to for attorneys and lawyers in the roswell and surrounding areas. Professional, knowledge, passionate, and most of all great at what they do" ...

"Patricia Charlton did an excellent job on handling my son’s car accident settlement. I would highly recommend this firm" ...