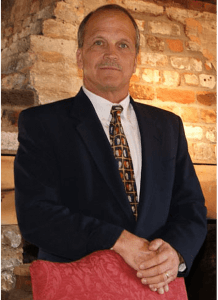 A tenacious litigator with a no-nonsense approach toward “the best resolution possible,” Martin’s practice of the law ranges from complicated corporate tax proceedings to divorce and other family law issues. He focuses on ad valorem tax litigation, civil litigation, criminal defense and domestic and juvenile law. Martin is a member of the State Bar of Georgia, the Atlanta Bar Association, the North Fulton Bar Association, and the Association of Trial Lawyers of America.

Martin previously practiced law in Tennessee, including a stint with a city prosecutor’s office. Among his many accomplishments, Martin won the largest tax verdict in the State of Arizona on behalf of a client. He established his own firm in 1989, and co-founded Charlton & Glover in 1994.

Martin enjoys basketball, water sports and golf, among other athletic activities. He also is a talented cook. A hands-on dad, Martin lives in Alpharetta with his wife and daughter. He also has a son who attends the University of Mississippi.

"The best lawyers EVER!!! If you need anything these are the folks to go to for attorneys and lawyers in the roswell and surrounding areas. Professional, knowledge, passionate, and most of all great at what they do" ...